Spandex Fabrics: A to Z 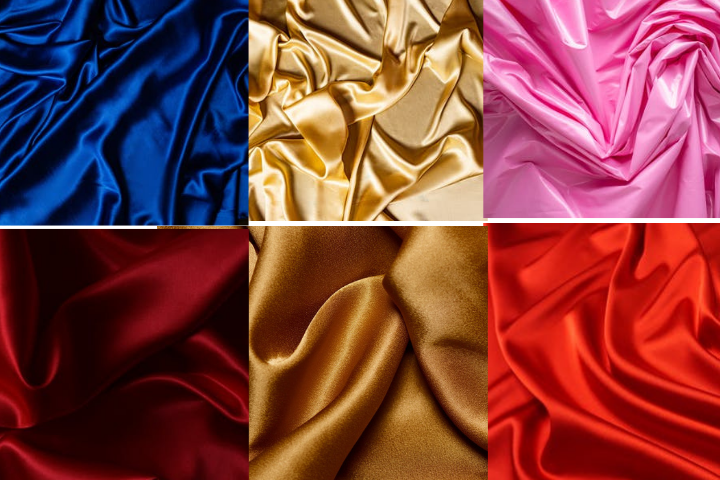 Spandex Fabrics: A to Z

Spandex fabrics come from a supple synthetic fabric known for its flexibility. Contrary to common misconception, "spandex" is not a brand name; rather, it is a generic term for polyether-polyurea copolymer fabrics created using a number of manufacturing procedures. Spandex, Lycra, and elastane are all interchangeable names.

This fabric is often used in form-fitting consumer apparel since it can stretch up to 5-8 times its original size. Small amounts of spandex are woven into other synthetic, semi-synthetic, or organic fibers in most circumstances, rather than using pure spandex in clothes.

Polyurethane, which was invented by IG Farben in Germany in 1937, is the basic material for spandex. Hundreds of top German scientists moved to the United States after WWII, and many of IG Farben's textile engineers went to the DuPont Corporation, which was the undisputed leader in synthetic textile development at the time.

DuPont sought to develop a novel polymer fabric with excellent elasticity using polyurethane research. During the research process, DuPont scientists referred to this fabric as "spandex;" once finished, it was offered under the brand name Lycra, but consumers preferred to refer to it as "spandex," and it was this term that entered the popular lexicon to describe this synthetic fabric.

Spandex, like other polymers, is made up of repeated monomer chains bound together by an acid. It was discovered early on in the spandex development process that this material is very heat-resistant, which implies that fabrics that are famously heat-sensitive, such as nylon and polyester, benefit from the addition of this fabric.

Elastane's stretchiness made it instantly popular all around the world, and its popularity continues to this day. It's used in so many different sorts of clothes that almost every customer has at least one piece of spandex-containing clothing, and its popularity is unlikely to wane anytime soon. Unfortunately, after being introduced to the consumer market, the elastane has a considerable negative influence on the environment.

WHAT IS THE PROCESS OF MAKING SPANDEX FABRIC?

There are no organic components in spandex because it is a wholly synthetic textile. Instead, all of the components of this fiber are created in a laboratory and then mixed under precise stimuli to produce this fabric.

A number of different methods for producing elastane have arisen in the years since its creation. Some of these technologies are more efficient than others, and some have been abandoned over time, such as reaction spinning, melt extrusion, and solution wet spinning. A technology called solution dry spinning is now used to make nearly 95 percent of the world's spandex, and it is this manufacturing process that we shall look at in-depth.

When the necessary circumstances are met, a substance known as a prepolymer is created, which is then utilized in the rest of the manufacturing process. After the prepolymer has been created, it is subjected to diamine acid, which triggers a chemical reaction known as a chain extrusion reaction.

Because the resulting product is extremely viscous, it must be diluted with a solvent before proceeding to the next stage. The prepolymer is placed into a fiber production cell or a cylindrical spinning cell when it is thin enough to work with.

A spinneret, a device with dozens of small holes, is located inside this machine. The prepolymer solution is driven through these holes as the fiber manufacturing cell rotates, and it takes the form of strands of fabric. When these strands emerge from the spinneret, they are still in a liquid form, and they are subsequently subjected to hot solvent gas and nitrogen to solidify them.

These solid fibers are subsequently forced out of the cylindrical spinning cell, where they twist into strands when exposed to compressed air. This pressurized air can be formed into strands of various sizes.

Finally, the spandex fiber is dipped in a finishing agent such as magnesium stearate or a chemical comparable to it. It's ready to be woven into the fabric after it's loaded onto a spool.

WHAT IS THE PURPOSE OF SPANDEX FABRIC?

This fabric can be found in any consumer or industrial application that requires elasticity. This sort of fabric has grown in popularity since its debut, and it can now be found in thousands of various types of clothes and is utilized by consumers all over the world.

Pure stretch fabric can be used to construct extremely stretchy or form-fitting clothes in some instances. However, because this fabric is relatively expensive, purchasers of professional clothing who utilize it will pay a high price for them. Instead, it is more commonly woven into other types of fabrics.

When spandex is given to cotton, for example, it becomes much more elastic, and spandex can also be used to provide elasticity to typically hard materials like polyester. Because spandex can stretch up to eight times its original size, the elasticity imparted by adding this fabric to other textiles can be measured by dividing its stretching capacity by the percentage in which it is incorporated in a garment.

Form-fitting materials are the most prevalent application for spandex. For example, it is found in a variety of men's and women's underwear, and even if it isn't found in the main fabric of an underwear garment, it is almost always found in the waistband. In fact, practically every form of the stretch garment has a waistband made of this fabric.

Cotton and wool socks also contain a significant amount of spandex. This fabric is used in socks to assist them to stay on your feet and to make wearing and removing socks easier.

This cloth is often used in athletic apparel. Wearing clothing that rides near to the skin is crucial in most forms of athletic endeavors, hence it is utilized in swimming, biking attire, and other types of competitive team sports clothing.

Finally, this kind of fabric is occasionally employed in industrial settings. For example, motion capture suits, which are specific types of bodysuits that performers wear in front of green screens, are made with it in the film business. By ensuring that these outfits ride close to the bodies of actors, spandex makes it easier to create realistic 3D characters.

WHERE DOES SPANDEX FABRIC COME FROM?

Many different international firms produce it. Some of these firms, such as DuPont, have factories across dozens of nations, while others are focused on a single country.

China is home to the majority of the world's spandex manufacturing facilities. Previously, the majority of this fabric was made in the United States, but lower labor costs have pushed the production of many other types of textiles to China in recent decades.

A recent resurgence in the United States' manufacturing industry may herald the return of spandex production to American shores, but whatever the case may be, market reports predict a bright future for spandex manufacture. While several forms of synthetic fabrics have fallen out of favor in recent years, there is no substitute for spandex, therefore the fabric business will continue to thrive until at least 2023.

A recent resurgence in the United States' manufacturing industry may herald the return of spandex production to American shores, but whatever the case may be, market reports predict a bright future for spandex manufacture. While several forms of synthetic fabrics have fallen out of favor in recent years, there is no substitute for spandex, therefore the fabric business will continue to thrive until at least 2023.

WHAT IS THE PRICE OF SPANDEX FABRIC?

It demands a somewhat high market price due to its novelty and the relatively difficult manufacturing procedure utilized to create it. It is more expensive than polyester and nylon, and it is also more expensive than organic materials such as wool and cotton.

However, because elastane is only used in small amounts in clothes, the higher cost is usually not noticeable to the average consumer. However, the more is used in a garment, the more expensive it gets. Certain forms of bicycle gear and professional dance clothing, for example, are particularly expensive because they include a lot of spandex.

WHAT ARE THE DIFFERENT TYPES OF SPANDEX FABRIC?

Even if multiple manufacturing procedures are employed to create spandex, the ultimate result is chemically the same. However, because of the various words used to describe this fabric, there may be some confusion:

WHAT IS THE ENVIRONMENTAL IMPACT OF SPANDEX FABRIC?

Overall, spandex has a negative environmental impact. This impact is not as pronounced as the negative impact of other types of synthetic textiles, but it is undeniably present, and no feasible strategies for reducing the environmental damage caused by this have been proposed at this time.

If only the manufacturing processes for spandex are taken into account, this fabric does not appear to have a substantial negative impact on the environment. While other synthetic fabrics, like nylon, are created wholly from chemicals synthesized in labs, elastane is made totally from non-renewable resources such as coal and petroleum oil.

Elastane manufacture is so energy-intensive, however, this problem can be remedied if renewable energy sources are used to produce the prepolymers that make up this fabric. There's a chance that the same health risks that workers face in the polyurethane industry also exist in the spandex industry, but no research has been done on the subject. There's also a chance that isocyanates, which are harmful compounds often found in polyurethane, are present in spandex, though there's no evidence that this is the case.

Only once it is sold to consumers does elastane have a significant environmental impact. Non-biodegradable textile fibers account for 60% of trash in U.S. waterways, with spandex garments and fibers accounting for a significant amount of this waste. Even if spandex is properly disposed of in landfills or other designated trash disposal areas, tiny fibers of this substance are released into waterways when elastane garments are washed, causing harm to aquatic life, lowering drinking water quality, and eventually contributing to the massive trash islands that are steadily accumulating in the world's oceans.

Elastane and other non-biodegradable textiles will exist long after human civilization has vanished from the globe, and there are no known methods for converting these fabrics and related polymers to biodegradable compounds at present time. The only way to reduce the fabric's environmental impact is to dispose of it properly and wash it only a few times.

Your cart is empty.

Your cart is empty.